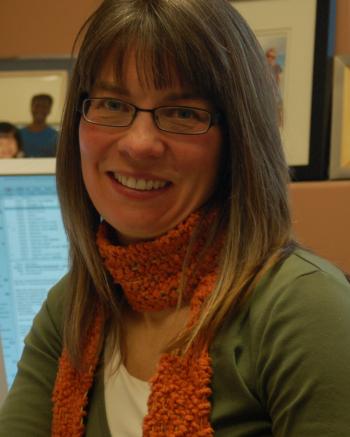 Position
Department
Finely tuned signal transduction cascades control all aspects of cell renewal and cell death in normal, healthy cells. Altered gene products introduce the possibility of imbalance within the tightly controlled signaling networks that regulate cell growth and proliferation. This is evident in the malignant form of the src tyrosine kinase, the viral oncogene v-src. For this protein it has been shown (both biochemically and structurally) that a single amino acid mutation disrupts the intramolecular interactions responsible for inactivating the enzyme, thus rendering the protein constitutively active(1). Aberrant signaling due to excess phosphorylation ensues, leading to dire consequences for the cell and, ultimately, for the organism. While the molecular details of the regulation of some families of kinases (i.e. Src) have now been clarified, it is not understood how the substrate binding and catalytic activity of other families of protein tyrosine kinases are controlled. We are particularly interested in a family of intracellular signaling molecules that is exclusively expressed in hematopoeitic cells, and we have focused our attention on the IL2-inducible tyrosine kinase (Itk), a member of the Tec family of tyrosine kinases that is restricted to the T-cell lineage.

Structurally, Itk and related tyrosine kinases (Btk, Tec, Bmx and Rlk) are quite distinct from the well-studied Src kinase family and are most likely regulated by an alternative mechanism given the nature of the differences in domain structure (2). The Andreotti laboratory makes use of nuclear magnetic resonance (NMR) spectroscopy to determine the three-dimensional structures of various domains of Itk and related family members. Additionally, NMR is used to examine interactions between domains to ultimately understand the regulatory apparatus of the Tec kinases in molecular detail.

The overreaching goal of the research program is to gain a better understanding of hematopoeitic cell signaling at the molecular level. Eventually, the complex pathways that control signaling through cell surface receptors such as the T cell receptor should be completely understood. Our knowledge of such events will allow more complete under-standing of how malfunction of the immune response can lead to autoimmune diseases and cancer.