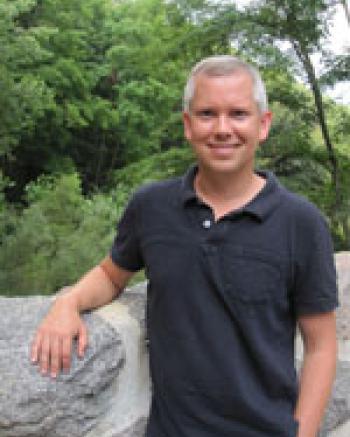 Evolutionary Genomics of Maize and its Wild Relatives

We are interested in studying both the evolution and ecology of crops and their wild relatives with a particular focus on maize and the teosintes. Current research in the lab is utilizing genomic data to study independent adaptations of maize landraces to highland environments, gene flow across taxa in the genus Zea, and the unique role of centromeres in Zea evolution.

Maize was domesticated i the lowlands of he Balsas River Valley in southwest Mexico. Subsequent to domestication, maize spread from its center of origin to vastly different environments. In some instances, similar new environments were occupied in parallel--for example, the cool highlands of Guatemala, the southwestern United States, the Mexican Central Plateau, and the Andes. In the context of parallel highland colonization, we are investigating two primary evolutionary questions in maize: 1) What is the evidence for local adaptation to highland conditions? and 2) Have putative highland adaptations involved a similar set of alleles and/or loci? We are currently using growth chamber experiments to assess evidence for local adaptation and taking a comparative genomic approach to identify candidate loci for adaptation.

Gene Flow and Introgression in the Genus Zea

Previous work has shown substantial evidence for gene flow across taxa in the genus Zea (Ross-Ibarra et al. 2009, Genetics; Hufford et al. 2013, PLoS Genetics). We are interested in both the genomic architecture of isolation in regions where Zea taxa hybridize as well as the potential for adaptive introgression between these species. A particularly compelling hypothesis is that teosinte provided local adaptation to maize through gene flow and introgression during its post-domestication spread across Mexico and Central America.

Centromere Drive in the Family Poaceae

Centromeres present an intriguing paradox: they serve an extremely important and conserved function yet they are encoded by sequence that evolves rapidly. The centromere drive hypothesis, in which a coevolutionary arms race occurs between the genes encoding kinetochore binding proteins and centromeric sequence, provides one possible explanation for this phenomenon. We are investigating the potential role of centromere drive in the evolution of species in the genus Zea and more broadly in the family Poaceae