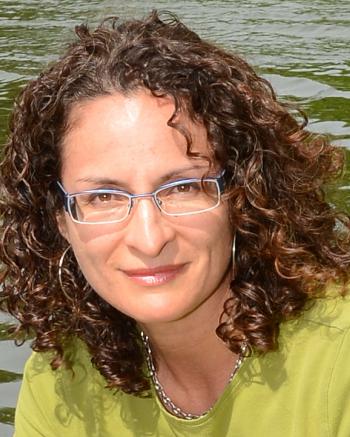 We are interested in studying how ecology affects the structure, function, and evolution of the genome and its role in the development and evolution of complex phenotypes. This helps us understand the evolution of biological diversity and how it responds to environmental change.

Why are there so many ways to establish the sexual fate of the developing embryo?

It is fascinating that sexually-reproducing organisms employ such diversity of mechanisms to produce males and females, ranging from systems under strict genetic control (GSD) [such as highly dimorphic or undifferentiated sex chromosomes (XY, ZW)], to genetic systems susceptible to some environmental influences [such as haplo-dyploidy, polygenic systems, socially-induced sex reversals], to systems under strict environmental control dependent on biotic or abiotic factors. Among vertebrates, an environmental system dependent on temperature (TSD) is commonly found in reptiles and fish.

To explain this diversity we investigate the mechanics, evolutionary dynamics and ecological context of sex determination through a series of complementary projects.

Research on sex determination has important implications for our understanding of multiple traits and phenomena related to sexual reproduction, such as Sex Allocation and Sex Ratio Evolution, Sexual Dimorphism and Sex-linked Traits.

Phylogenomics - What are the genomic causes and consequences of the evolutionary transitions in sex determination? - Sex Chromosome Evolution - Genome Evolution - Evolution of Dosage Compensation

Comparative Ecological and Functional Genomics - How do the developmental networks that control sexual development function during embryogenesis and evolve? What renders TSD thermosensitive? What changes occur when GSD evolves?

Bioinformatics - The research areas above include extensive comparative and evolutionary bioinformatic studies across multiple turtles with TSD and GSD that are open for BCB projects (e.g. trancriptomics, methylomics & other epigenomics, genome assembly, transcription factor analyses, ChIPseq, among others). Interested students should contact Dr. Valenzuela directly at nvalenzu@iastate.edu to discuss opportunities for rotations and dissertations.