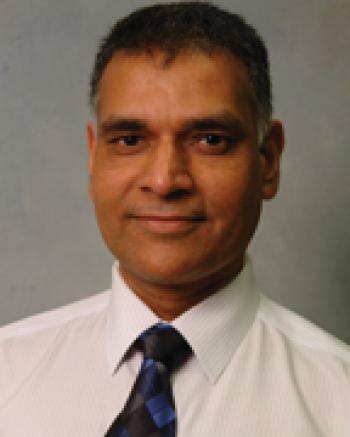 Position
Department
Singh group works on the interface of fundamental and translational biology. General interest of his group has been to understand the mechanism of alternative splicing, a vital process that increases the coding potential of genome in all higher eukaryotes. Alternative splicing is also associated with a growing number of diseases including neurological and neuromuscular disorders, cardiovascular disorders and cancer. Particular focus of his group has been to understand the molecular basis of Spinal Muscular Atrophy (SMA), a debilitating genetic disease of infants and children. His award-winning discovery relates to finding a unique regulatory element located within the non-coding region (or intron) of Survival Motor Neuron (SMN) gene. He has termed this novel regulatory element as “Intronic Splicing Silencer N1”, which is abbreviated as “ISS-N1” (US patent # 7,838,657). ISS-N1 remains the most studied antisense target for splicing correction in a human genetic disease. ISIS Pharmaceuticals has recently launched phase 3 clinical trial of ISS-N1-targeting drug ISIS-SMNRX. If successful, this will be the first antisense drug to restore a full-length functional protein in a human disease (watch a video on YouTube).

Singh group continues to develop additional targets and antisense formulations for an efficient correction of aberrant splicing in SMA (see news links below). In a paradigm shifting discovery, Singh lab has recently reported a unique RNA structure formed by a deep intronic sequence as a regulator of SMA gene splicing (Slide Presentation). This discovery provides lead for developing yet another oligonucleotide-based therapy of SMA.

In addition to above accomplishments, Singh lab has made seminal contribution towards a better understanding of role of RNA binding proteins in regulation of splicing of SMN2 exon 7, skipping of which is intimately linked to SMA pathogenesis. His discoveries are relevant for uncovering the novel mechanisms of genome-wide regulation of alternative splicing in normal and pathological conditions. His other interests include RNA-protein interactions and isolation of RNA aptamers as detection and diagnostic tools.
Email
singhr@iastate.edu