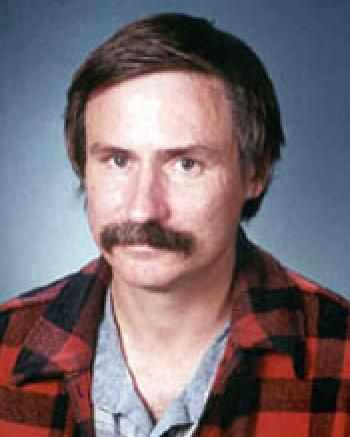 Position
Department
The Honzatko Lab
Molecular structure is a major determinant in the expression of biochemical and physical properties of macromolecules. Quite often the three dimensional arrangement of atoms of a molecule of biological consequence provides a basis for hypothetical mechanisms of catalysis, regulation of catalysis, and the self-assembly of multisubunit proteins. Results from x-ray diffraction have contributed immensely to the understanding of hemoglobins, of allosteric enzymes such as aspartate carbamoyltransferase, of DNA, and of viral agents such as the influenza virus.

Research in Dr. Honzatko’s group focuses on the structure-function relationships of the enzymes adenylosuccinate synthetase and glucoamylase. As an enzyme governing the first commited step in AMP biosynthesis from inosine-5′-monophosphate, adenylosuccinate synthetase plays a crucial role in the metabolism of all living systems. Adenylosuccinate synthetase is important to the study of purine metabolism, to the design of drugs for chemotherapies of cancer and Chagas’ disease and to the study of fundamental aspects of chemical catalysis of reactions involving three substrates. Known inhibitors of the enzyme have potential pharmacological value. Hadacidin, for instance, has antitumor activity, selectively inhibiting denylosuccinate synthetase. L-Alanosine is converted into a metabolite, which is the most potent known inhibitor of the synthetase; that metabolite is effective also as an antitumor agent. The differences in substrate specificity of the synthetases from mammals and the synthetases from parasites responsible for Chagas’ disease (the South American sleeping sickness which afflicts some 20 million people) is a basis for the development of new drugs.

Glucoamylase from the fungus Aspergillus is perhaps the most heavily used enzyme in a commerical process. The enzyme is involved in the conversion of cornstarch to high-fructose sweeteners. The recent structure determination of glucoamylase in Dr. Honzatko’s group has provided essential information to investigators who wish to engineer an enzyme with properties better suited to its commercial application. The investigation of glucoamylase-inhibitor complexes, anticipated for the near future, should provide a wealth of information pertaining to the catalytic mechanism by which the enzyme converts starch into glucose.