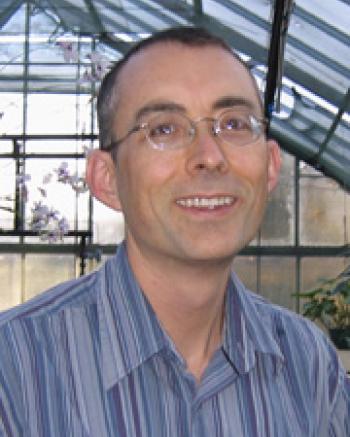 Description
I am a USDA-Agricultural Research Service (ARS) Research Geneticist, and an adjunct assistant professor in the Agronomy Department - with affiliations with the Interdepartmental Genetics and the Bioinformatics and Computational Biology graduate programs. My ARS research group focuses on bioinformatics for crop domestication improvement, particularly in soybean and other crop legumes (common bean, peanut, chickpea, pea, lentil, etc.) - as well as some less well-known species. One such "new" legume crop is Apios americana, or "potato bean." This is native throughout the eastern U.S. and was widely used by Native Americans, but hasn't been fully domesticated. Our work on plants in this family involves using and developing software for analyzing and transferring information between crop and model species - including sequence, genetic, functional, and phenotype data. In addition to crop domestication and improvement, we study some more basic features of plant biology, including the evolution of disease resistance and nitrogen fixation, and the responses of genomes to polyploidy. We have provided support for several genome sequencing efforts: soybean, common bean, chickpea, peanut, and a relative of alfalfa called Medicago truncatula. This support includes genome assembly, development of genetic markers, development of web-based tools for genomic data access, and visualization.