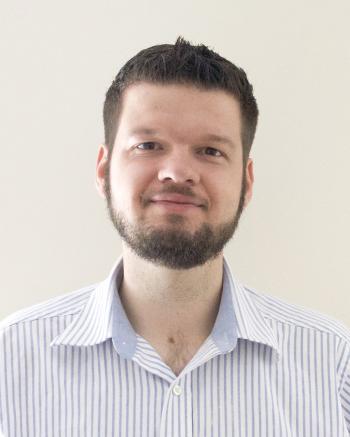 Position
Department
RNA is considered by many to be the primordial molecule of life. The major component of the ribosome—the most ancient organelle, which is shared between all living things—is ribosomal (r)RNA; which also forms the catalytic center necessary for protein production. The instructions needed for producing proteins is encoded within messenger (m)RNA, which is decoded by the ribosome by way of transfer (t)RNA. Beyond the classical RNAs involved in protein synthesis, a wide array of noncoding (nc)RNAs exist that mediate important biological processes: e.g. regulation of gene expression, mRNA splicing, post-transcriptional modification, chromatin structure, and more. In the vast majority of cases, we know almost nothing about the function of ncRNA (the transcriptional “dark matter”); however, function is inferred from the differential expression/processing of ncRNAs (e.g. in diseases such as cancer) or from their evolutionary conservation. An important feature of all functional RNAs, is the central role played by molecular structure. RNAs can fold back on themselves to form complex 2D (base paired) and 3D (atomic arrangement) shapes. These shapes govern how RNAs interact with other biomolecules (e.g. proteins, nucleic acids and small-molecules), form catalytic centers, determine molecular stability (e.g. lifetime) of RNA, and more. The major goal of the Moss Lab is to identify RNA sequences with a high propensity to form structure, deduce their structures, functions, and the roles played by structure.