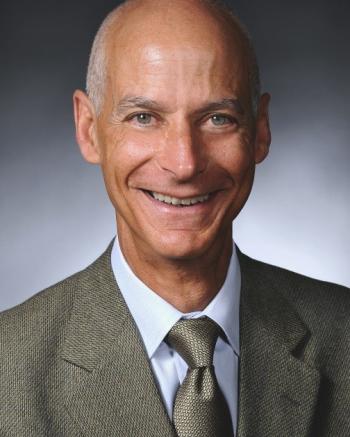 Position
Department
Research interests in my lab encompass molecular and genome evolution, phylogenetics, and phenotypic evolution of higher plants.  In our laboratory we use a diverse set of technologies and approaches to explore the manner in which genomes change over evolutionary time, as well as the relationship between these events and morphological change. We have a particular interest in the mysterious and common phenomenon of polyploidy, with a special focus on the cotton genus.

One of the exciting opportunities stimulated by the convergence of modern genomic approaches with other areas of biology is that of resolving the enigmatic processes by which new phenotypes arise. Using a well-developed model system from the cotton genus (Gossypium) and multiple genomic resources, we are using comparative approaches combined with advanced population development to will reveal the steps and complexities involved in transforming primitive trichomes to the economically important fibers of modern cotton cultivars.

Our goal is to understand the genetic causes and system-wide effects that underlie phenotypic change. An exciting dimension to our work is that it involves domestication at both the diploid and allopolyploid levels, permitting us to explore the possibility that polyploid formation created novel opportunities for phenotypic evolution. Also, because two different allopolyploid species were independently domesticated, we have an outstanding opportunity to evaluate parallelisms and convergences in the underlying genetic architecture associated with plant domestication and morphological evolution.

We are using a number of tools in this effort, including comparative transcriptomic and proteomic profiling. One example is that of Yoo and Wendel (2014; see publication page), where the most important cotton species, Gossypium hirsutum, was studied.  This is an allopolyploid species (containing two different genomes) which initially was domesticated approximately 5000 years ago, and which primarily is grown for its single-celled seed fibers. Strong directional selection over the millennia was accompanied by transformation of the short, coarse, and brown fibers of wild plants into the long, strong, and fine white fibers of the modern cotton crop plant.

Jonathan F. Wendel is Distinguished Professor and Chair of the Department of Ecology, Evolution, and Organismal Biology at Iowa State University. His research focuses on mechanisms underlying the means by which flowering plant genomes and phenotypes diversify, with a special focus on the phenomenon of genome doubling, or polyploidy. Most of his ~230 publications focus on the cotton genus (Gossypium), in which two diploid and two polyploid species were each independently domesticated thousands of years ago. This nature evolutionary and early human history provide a model framework for exploring the comparative basis of domestication, the origin of form and of diversity in nature, and the evolutionary consequences of genome doubling.